I remember writing a quick status report last week, but I have no idea where it went. So this will be a double. 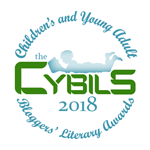 We're picking up some more books from publishers and authors this week, but the main pile is probably already here. So lots of reading to do.

My currently reading edged back up to 28. I'll worry about that next year.

The Book Date does a weekly roundup of what people are reading, want to read, or have read each week called It's Monday! What Are You Reading so I'll sign up there. There's also a version that is kidlit focussed at either Teach Mentor Texts or Unleashing Readers and obviously I will be qualified for that as I spent last week reading several books that people were thinking of nominating.

The Art of the Swap, Kristine Asselin.

Evangeline of the Bayou, Jan Eldredge.

The Scroll of Kings, Sarah Prineas.

Denis Ever After, Tony Abbott.

The Boy, the Bird, and the Coffin Maker, Matilda Woods

The Mortification of Fovea Munson, Mary Heider. Almost a Cybils, but knocked out on a technicality.

Son of the Black Sword, Larry Correia. 12-13/? Baen's podcast serial. A terrible secret revealed. Although not to me.

Stiff, Mary Roach. Audio Reading My Library Quest book. It's a great book for the car since it consists of fairly short bits in easily digested chunks.

Honor Among Thieves, James A. Corey. My next Reading My Library book. Pushed ahead a few pages.

The Rules and Regulations for Mediating Myths and Magic, F.T. Lukens. Cybils YA fantasy book. The adventure is fun but the self-inflicted social drama is exhausting for the aged reader.

A Traitor to Memory, Elizabeth George.

Sammy Keyes and the Art of Deception, Wendelin Van Draanen.

It's time for another 24 Hour Readathon! I link up with the Dewey 24 Hour Readathon, which is held twice a year. This is the Fall one, and I've got a pile of Cybils reading to plow through, so it's time to get reading!

I cleverly decided to stay up late finishing The Problematic Paradox instead of waking up at 5 to read it. So it didn't count and I slept in. Oops!

I picked up Flip the Silver Switch and started reading. I'm not sure when I switched over from dreaming I was reading to actually reading, but it was sometime after 8.

Finished Flip the Silver Switch. About to start Endling: The Last.

Finished Endling: The Last.
Snuck in a nap for an hour.
Read a chapter or two in Lady Rogue.

Back to middle grade: about to start The Magic Misfits.

Finished The Magic Misftis.
Another chapter of Lady Rogue.
Looking at Across the Dark Water.

10:00 PM Check in!
Got about 100 pages into Across the Dark Water.  I can tell I will need breaks.
Finished Lady Rogue to build momentum.
Time to drive for snacks and hit my audio books.

As I got tired, my reading got scattered. So far I'm at
162 pages in Across the Dark Water
114 pages in The Marvelous Adventures of Glendolyn Grat

and then I switched to reading on my computer, which distorts the page numbers:
147/378 of Otherwood
89/856 of Blue Window

and a few pages of The Rules and Regulations For Mediating Myths & Magic.

Also a lot of fanfic. I'll keep reading Otherwood (and fanfic) until 5:00 hits, and then close my eyes and be instantly asleep.

Nominations are closed for the 2018 Cybils Awards!

And I'm starting to read books that were actually nominated in my category, Middle Grade Speculative Fiction. So make sure only the best get in there.

This Week I Read:

Ice Wolves, Amie Kaufman. Fantasy adventure with two twins who find themselves split onto opposite sides of a war. We stick with the more timid brother who finds himself enrolled with the Ice-Wolf transforming kids learning to defend their city. On his own he develops his independence and initiative (rather than relying on his more boisterous sister) and finds friends, but can't fully commit while their mission is to destroy all Dragons, which now includes his family. He learns about friendship and forgiveness while uncovering unseemly doings by the authorities before bravely risking everything on a wild act to save his sister. I liked the character development of the boy from a follower to independence, and thought the unraveling of the plot worked well. It did seem to ring a lot of typical plot points for "Fantasy Adventure" in a way that telegraphed a lot of the beats.

The House in Poplar Wood, K.E. Ormsbee. Twin brothers live in a divided house, separated by the implacable beings that rule their family's lives: DEATH AND MEMORY. The mix of small town life and magical beings worked well. The disruption comes from the younger sister of the human tie to town, who insists on her capabilities even when her family dismisses her. Her brashness gets stuff done, but also injures people around her. I liked the atmosphere and the relationships between the characters (although I felt brashness became bullying a few times, enough that the hint of romance at the end was uncomfortable), but felt that the third entity PASSION was used as more of a ex machina solution than an integral part of the story.

The Art of the Swap, Kristine Asselin. Time-swap story between a modern girl and a timid child from the early 1900s. Lots of details about the differences in expectations and family life are shown both from the mistakes the history buff makes in trying to fit in back then and the shocks the sheltered rich girl has trying to play soccer in the modern day. I liked the strength both girls showed in dealing with the fear of never getting back, although I thought the author relied a bit too much on the overuse of modern slang for comedic effect.

Strange Star, Emma Carroll. A servant wants to prove himself to get to England with Lord Byron (I wasn't clear on why England was better than Switzerland; maybe he couldn't learn new languages?), but listens to the story of a resurrected girl about the Frankenstein experiments of the Shelley's previous host. I was distracted by how sure everyone was that the girl was dead (were they just wrong or was this some unexplained effect of the lightning experiments?) and the bizarre behavior of the younger sister. I liked the strong loyalty and persistence of the older sister, but found myself cranky at the idea that Mary Shelley borrowed so much of her inspiration from someone else.

Heartseeker, Melinda Beatty. A girl grows up with a magical affinity for truth in a culture that associates magic with the gypsy-like clans kept on the periphery and mistrusted. Somehow only her grandmother notices that she can neither lie or be lied to, which I found a bit implausible. When outsiders detect her ability, the king demands her assistance and she is plunged into national politics involving repeated assassination attempts which her gullible brother is implicated in. I liked the world building and the characters of the steward and the king's captain, but I thought the book ended without completing her emotional journey of I guess independence? Or something?

Evangeline of the Bayou, Jan Eldrige. Evangeline helps her grandmother with magic, secretly worried that she won't have enough of her own. They are sent to New Orleans to help with a mysterious case. She befriends a skeptic, who learns the hard way that werewolves and magic are real (his come-uppence seems a bit unfair, really!). She faces down adversity and learns that her true worth comes from herself, not her powers. I liked her focus on the task and not on her need to succeed, but some things came a bit easily.

R Is For Rebel, J. Anderson Coats. An invading country is determined to completely suppress the indiginious inhabitants, whom they consider inferior and useless. Children are rounded up into reeducation camps where their language is suppressed, even harmless bits of their culture such as hair styles are ruthlessly forbidden and any sign of defiance is punished severely. Only useful servants are allowed to graduate. Our heroine tries to fight back, learning about the importance of trusting other people and not making decisions along the way. It's all rather horrific, with routine tortures escalating to punishment routines and culminating in a wild rebellion that has little hope of success, but then going along also just means a slower death so there's not much to lose.

The Game Masters of Garden Place, Denis Markell. A book about losing your old friend group when moving into middle school. The protagonist has four friends from childhood, but they are all branching out in different directions while he hasn't found any new interests. So they many not even finish their role playing campaign. It's a tough situation, but then magic distracts things -- the team must work together to restore their characters after a portal pulls them into this reality. There are fun shenanigans but the ending left me unsatisfied -- our protagonist still doesn't have new friends.