It's almost time for the 2013 Cybils finalists to be announced, so I've completed my read of the 2012 book in the nick of time! Now I can record my favorites and then finally peek at the winners to see how we compare.

I forgot to force my kids to rate them, so I'll have to come back and revise this post next week. And although I bought an iPhone this year, I didn't manage to get hold of any of the Book Apps, so I'm not comparing those.

I think I'll do this by color -- my winners will be Blue, and if I get anyone one else to rate, they'll get their own colors. Everything defaults to yellow, since that indicates that I read it.

And now I can go back to refreshing the Cybils page to see what is up for next year!

What's In A Name? Serendipity Version 2013

This year I almost ran out of time to do the challenges I was working on, so I didn't add some others that I like to do. So on the last day of the year I decided to see how I would have done.

One of my favorite challenges is Beth Fish Read's What's In a Name  Challenge. She comes up with six categories and you try to read a book from each. Turns out, I made it!

Labels: Challenge, What's in a Name, What's In a Name 6 Still on the hook for my challenges -- I've only one last Cybils finalists to finish so I'm turning my attention to my geography lists.  I need eleven more states, including D.C. I think this is the worst shape I've been in for December since I started this challenge.

Of course, there may be some other distractions going on this month. At least I finally have my tree up, and have scattered my outdoor lights across the floor of my living room. If you peer through my windows you may get a glimpse of them blinking.

I'll sign in at Book Journey or Teach Mentor Texts since I want to see what everyone else is reading this month.

This week I finished:

What am I currently reading?  My book bag has some essays by Fadiman, a cozy mystery in Indiana, the latest paperback In Death book, and my NOOK.
What's up next? I'll attack the eleven books I need for the Where Are You Reading challenge, and hope to fit in two more colors books as well. I got a bunch from the library, so that should help.

Eye on the Goal

All my books this week are concentratd on my Where Are You Reading Challenge, which calls for me to read a book from each of the 50 states. I've thrown in Washington, D.C. in the interests of fairness, and find myself staring down December with some significant gaps. So last week I raced around the online library catalog and ordered up books to meet those gaps.

Hidden in Plain View, Jacqueline Tobin & Raymond Dobard. This chronicles the quilts used to guide and assist the Underground Railroad, which sounds fascinating. It's centered around South Carolina.

The Prize Winner of Defiance, Ohio, Terry Ryan. I've actually had this book on my to-read list for years, but now that Ohio has become a standing joke in our house (I've started about ten books that mention Ohio before veering off somewhere else) I'm going to pin down the tale and the state.

When We Were Strangers, Pamela Schoenewaldt. This looks like a strong story of an immigrant and dreams, but it also appears to take place in Chicago, so I have no idea what I was thinking. It may have to wait for next year.

I also got a few books for my High School son, mainly Steven Brusts so he can finish devouring the Vlad series. And a music CD.
Posted by Beth at 1:56 PM No comments:

It's crunch time for my challenges. I've got all the Cybils finalists lined up, and I really want to finish my January 1st, so I can start next years list. Which will be even harder, since I feel like I've hardly read any of this years books as I plow through last years...

Also, my Where Are You Reading list is still thin -- I need eleven more states, including D.C. No wonder I don't have a Christmas tree up yet.

In exercise news, completed our city's K9 CandyCane Run, which is a cute 5K that people bring their dogs to. The weather was sunny but cold -- 20F, which is probably the coldest I've ever tried to exercise in. I made my usual turtle-like pace, and hit my goals, and was only 50% slower than my son. Only one son, since HS Boy was left home sick -- I'm intimidated by sub-freezing weather and banned him when he woke with a cold. And I won the raffle at the end!

I'll sign in at Book Journey or Teach Mentor Texts since I want to see what everyone else is reading this month.

This week I finished: 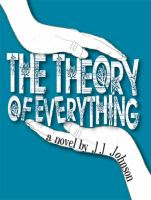 What am I currently reading?  My book bag has a library book from the 2012 Best of the Best list, the most recent Tamora Pierce, a literary novel from my shelves, and my NOOK. Tomorrow I'll add a Cybils book to that and hope the stitches don't break.
What's up next? A whole bunch of Cybils finalists, and then state work. I need to read at least one a day, and I'm really hoping that I get lucky and knock of some missing states for the geography challenges. Sadly, I don't feel lucky. I have The Storyteller up, but it looks too grim to read in one day, so I'll swap out some others if I have to.  If I have time afterward, I'll read the library books, replacing the soon-due Gilman with the similarly recalled At Large and at Small by Anne Fadiman and Calculated In Death with my next Reading My Library pick.

Racing Through the Library At A Snail's Pace

I have a hopeless goal of reading a book from each shelf in my lovely local library. It's hopeless because we are due for a major renovation which will shuffle everything about, but when should certain doom discourage me in any endeavor? I've already finished Picture Books and Juvenile Series, and I'm turning the last corner in Juvenile Fiction.

Ordinary Magic, Caitlen Rubino-Bradway. A magical school book with a twist -- the world is magic and the special school is for the rare Ordinary child. After the initial shock and horror, the characters settle down into boarding school work, mischief, and defeating evil-doers.

The Dreamer, Pam Munoz Ryan. Lyrical biography of a famous poet. Not so artistic that children would avoid it, but still displaying the love and beauty of language.

Night of the Howling Dogs, Graham Salisbury. Boy scouts in Hawaii deal with a earthquake and tsunami while trapped on a beach during a wilderness camp. Good characters and good action.

Blue Jasmine, Kashmira Sheth. A family moves from India to Iowa. I admit to grabbing it because of the Iowa thing, but it was an interesting culture shock story from a culture different than mine.

BONE: Quest For the Spark #1 Tom Sniegoski. A band of heroes assembles and begins to fight against the darkness while searching for the Spark. My first BONE book, but it looked fun and explains why my kids liked them.

Hokey Pokey, Jerry Spinelli. A magical realism story about childhood and growing up, which missed the mark a bit for me since my childhood was significantly different so my mythical landscape would have be different as well. I'm not sure which kids would enjoy it.

Liar & Spy, Rebecca Stead. A mystery with the mystery located slightly askew to where the main character thinks it is, with an additional puzzle he also hides from himself but which most readers will figure out. A good read if not quite as shiny as her previous book.

Edge Chronicles 7: Freeglader, Paul Steward. Delicious vocabulary and fantastical creatures abound in this book, but I never quite got in the spirit of things, probably because of that BOOK 7 thing.

Spellbinder, Helen Stringer. Good solid children's fantasy, with a girl who can see ghosts, a boy who believes her, and the problem of all the ghosts disappearing from the world.
Posted by Beth at 12:31 PM No comments: