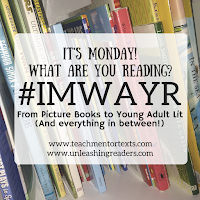 Another week of beautiful weather and social isolation! I've managed to keep up my busy virtual whirl so I'm in good spirits.

Another week of book clubs always gets me in a good mood. My weekly Tuesday group has always been virtual; friends from three states (and five town) come together to play online games and chat about a book. We like SF books, and Tor.com has a charming habit of giving a way a book for a book club every month. So we're frugal as well. And luckily we all safe physically and economically so far -- we're mostly programmers so work at home isn't hard to arrange.

On Friday it was time for my friends' book club -- we've been meeting probably for over ten years now. My sister came over and we ate pizza while I figured out how to actually start a meeting instead of joining someone else's. I somehow manage to remain rather incompetent with computers. I choose to think of it as charming.

And on Saturday we had our two-family book club to discuss Dogsbody by Diana Wynne Jones, with pizza from a completely different place. We think we'll try to meet at least a few more times before the college kids finally can go back to their respective campuses.

Thursday my BIL grabbed Paulos and caravanned with my niece back to WSU to pick up their stuff, confirming that this semester will not resume in its natural surroundings. I am nagging my other son to sign up for a time to get his stuff from Oregon but so far no answer. I'm not sure if the lag is on his part or theirs.

I also found to time get to a park for a walk. A friend of mine showed up at the same park, so we walked together with the path between us in proper distant behavior, but it was good to see her. I think we'll try to walk simultaneously a few more times this week.

And on Sunday we invited all the far-flung family to dinner, then let the non-Trekkies escape while we watched another Picard.  We're hoping to finish the series by next week so the cheapskates among us can bail before having to pay for their TV time. Easter was pretty much a non-event; we didn't even have chocolate or eggs. No one really likes hard boiled eggs so it seemed a waste to color any, and besides my kids were baptised Greek Orthodox so technically their Easter is next week.

My currently reading has tipped back down to 18, including the books that I'm going to get back to real soon now, really.

The Book Date does a weekly roundup of what people are reading, want to read, or have read each week called "It's Monday! What Are You Reading" so I'll sign up there. Ditto for the children's lit version at either Teach Mentor Texts or Unleashing Readers. I read some kidlit this week, both CYBILS and free range.

Gathering Edge, Sharon Lee & Steve Miller. I like the Liaden series, although I've somehow fallen behind. This is from my shelves.

Hadriana In All My Dreams, Rene Depestre. For my Cloudy book club. A library ebook.

Her Other Secret, HelenKay Dimon. For my monthly Friday book club, which met last Friday. I thought it was emotionally bonkers, but in a fun way that didn't take itself seriously. There were two fun people who found each other hot, and fell into sex (and I guess love) while sternly telling themselves this was definitely not going to happen and anyway they were much too busy dealing with the mystery and murder happening on their quiet island. But as a pandemic book, it was soothing and distracting. The club spent a little time on it -- only half of us had read it and we had low attendance at our virtual meeting (pandemic problems -- only one slot for grocery pick-up, etc.). We managed to get our meeting going after some shenanigans, and enjoyed checking in. The book was written by a friend of a friend, so we felt sophisticatedly close to the author. Hmm, the only book stuff I remember from the meeting was trying to figure out what the "other secret" was, and I don't think it was resolved. We only knew one secret that the Heroine had. But I like the idea of having a sexy handyman that you call for all problems -- the Heroine called him in to report a strange boat off the coast. Need a bird identified on your nature walk? Call sexy handyman! Kid can't learn to tie his shoes? A job for sexy handyman!

Anne Frank's Diary: The Graphic Adaptation, Ari Folman. A 2018 Cybils book. I went into this book thinking it'd be fine -- I've read the diary several times, so the content would be familiar, and I'm not a huge fan of graphic books (being bad at faces). I came out very moved. The conversion into art and text worked beautifully to bring out the pathos and emotions of the young Anne in a new way, and the inevitability of her fate matched with the clear depiction of her ideals and dreams and fully realized life made a tragic contrast. Very highly recommended.

Redshirts, John Scalzi. For my Tuesday book club. We read all but the codas last night, which I told everyone to save for the next week. I read this eight years ago and I remember thinking that the codas really deepened and strengthened to book itself. I'm not so convinced of that on this reread; it's more of a spiral exploring the ideas already laid out, and the trick with the different voices is more obvious. But it's still an interesting read with a lot of fun banter and toying with standard SF tropes in television as frosting over a fun meta-discussion of the nature of characterization and the relationships of readers to characters in a book.

The Enchanting Hour, Meghan Gurdon. Well, that was a refreshing and validating read. Apparently, science shows that reading to your kids is great! It makes their brains better, expands their vocabulary, deepens your relationship, broadens their horizons, and probably makes them prettier as well. Since I currently have only adult children, no grandkids, I could read this with a nostalgic glow of self-approval without any niggly thoughts of how I could be doing better. It's a good read, but I admit I liked it because it said nice things about me.

Quince, "Sebastian Kadlecik," Kit & Emma Steinkellner. 2018 Cybils graphic book. This was a lot of fun! Lupe was loud and exuberant and had that teenage combination of self-confidence and anxiety. I loved how the artist drew her with large facial features and a big body -- she was still both cute and beautiful. She had a firm sense of morals but also wanted to have fun, and would stamp her feet when these conflicted. Her relationship with her abuela was also delightful.

A Traitor to Memory, Elizabeth George. I have to say, this never grabbed me, which is why it ended up in the slow read bucket. Perhaps my merry habit of ignoring series order hurt it -- I found the police (the recurring characters) as distasteful as the crooks they were investigating. No one had any concern for anyone else, and the police attitude towards anyone not in the force was contemptuous and contemptible.

Bookmarks Moved (Or Languished) In:

Tender Morsels, Margo Lanagan. 5/10 discs. Managed to finish the disk! I think when I went to the park for a walk.

Tropic of Serpents, Marie Brennan. The library called this home. I will try to get it back, probably after I finish Jonathan Strange. They are a bit too close together to read simultaneously.

Jonathan Strange & Mr. Norrell, Susanna Clarke. I'm up to chapter 42 (halfway-ish) and only sheer stubbornness has me continuing. Also, the previous chapter features Mr Segundis (sp?) and I like him. I think he's about to disappear again.

Uncompromising Honor, David Weber. Baen Free Radio Hour's serial. I heard another short story but now I am about to start part 6.

Gideon the Ninth, Tamsyn Muir. OK, we are now getting into the mysteries of the spooky house, and I'm slowly starting to tell the characters apart. This should get easier as some of them get killed off. At least the Ninth House girls are starting to entertain the idea of not being unpleasant all the time, which I find tiresome.

"Magic and Other Honest Lies," Robert Buettner. Baen gave me this little story instead of their regular serial this week. It was a fun, light little thing about two people who start out distrusting each other (for good reason) who end up working together to save a cute alien. With teeth. It's available to read online as well: https://www.baen.com/honestlies

Give All to Love, Patricia Veryan. Time for a ball!

Reading and Learning to Read, Jo Anne Vaca. Worksheets and basal readers -- how they've changed and whether to use them.

It sounds like you had an exciting week! We're getting the hang of virtual meetings too - so many different links and passwords to keep up with! Scalzi's Redshirts has been sitting on my shelf for quite a long time, thanks for the reminder to actually read it!

First, I'm glad to hear you've been having nice weather. Ours has been back and forth -- some days in the 70s and others in the 20s with 6-8" of snow. But today is a bright, sunshiny day! We didn't do an egg hunt this year, which was find with our older 4 children. But I felt so guilty when my youngest asked why she didn't get to hunt eggs. We usually do a nice basket of spring goodies for each of the kids, which included new books for each of them (except for my 12-year-old who will get to order his book of choice). On to books -- I would really like to read Anne Frank's Diary: The Graphic Adaptation. I was deeply impacted by her story when I was young and my daughter was just as touched when she read it a couple years ago. So I think we'd both really enjoy the graphic memoir. Thanks for all these shares, Beth!

I will have to get the Anne Frank GN. I am also very interested in Quince. Thanks for sharing!