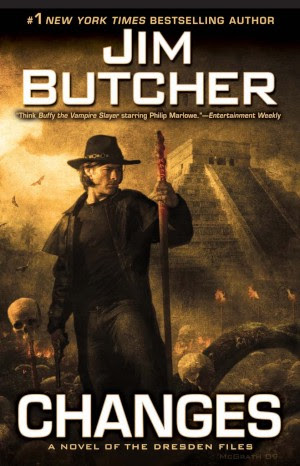 or so Butcher thought. So the end of this book has a general shake-up reminiscent of the Sookie Stackhouse book of last year. Except that Butcher doesn't have the toughness of mind that Harris showed -- the body count is preposterously low for what happens.

It's definitely a transition book; Harry must gather all his buddies together, so we get reminded of all the parts of his life but don't really learn anything new about the people (not counting the Big Secret, which is not one of my favorite ideas but doesn't really change anything) and then moves off in a new direction at the end. I found the long battle scenes dragged a bit, but I liked the idea of the new direction. And how Butcher has an excuse to stop writing if he wants. Every Dresden book ends with an afterward about the books Butcher REALLY likes writing, which has left me wondering how much he hates Harry by now. Not enough to kill his cat, thank goodness.